We succeed when you do.

When we founded Pollywog, we committed to the idea that every client should have a brand name that serves as a valuable asset for their business. So we studied research on how the brain notices, stores and recalls information, which gets to the heart of what makes a brand name effective.

And then we built a naming process blending this scientific knowledge with creativity and storytelling. Our proprietary process leads to strong names that help new brands get early traction with customers and contribute to a company’s long-term success.

The benefits of our approach

A name that starts a story

We recommend names created from natural words that people already understand. This allows a name to lead into the story you want to tell — and your customers want to hear.

It’s easier to choose a name

Choosing a name can be challenging without an objective evaluation process. We’ll show you how each name option scores on 17 unique criteria that contribute to its power and viability.

You get more than just names

For every recommended name option, we develop a creative tagline and brand story that help you see how the name will work and give you a head start on your marketing.

What we can do for you

If your current name no longer fits you, we’ll guide you to a name that does. Our process gets to the heart of what your business is all about, then leads your team of decision-makers through evaluation and final name selection.

“They have a personal approach. They were very understated, low-key, and low-pressure in terms of selling and were easy to negotiate with. They were the easiest people to work with. We had a lot of fun. They were very professional as well. I also liked that I always talked to a principal; I didn’t talk to an account rep or project manager. That smallness makes them nimble and you develop a relationship.”

If you’re an entrepreneur who needs to hire a naming company when there are many other demands on your capital, we feel your pain. That’s why we offer Startup Naming Packages at our lowest costs to qualified startups.

“We spent months trying to think of a new name that accurately fit our brand, getting increasingly frustrated and not making progress. Pollywog studied who we are and what we are doing and, based on what they learned from us, created an entirely new brand identity in only four weeks. Having them on board saved us a lot of time.”

We share your desire to make the world a better place and we want to help. Early in our company history, we committed to assisting nonprofits with their respective missions by offering them a 15% discount on our services. And still do.

“Kindest Cut generated a significant amount of media coverage and social media traffic from its release. The name and corresponding brand pushed us out of our comfort zone, but still captured the social responsibility aspects we were trying to promote. The brand’s success led to partnerships with other local organizations and nonprofits.”

We partner with creative agencies and in-house creative departments to provide naming expertise for your branding projects. We’ll help you avoid trademark perils and arrive at a story-rich brand you’ll enjoy working with.

“They were attentive to our needs and offered an integrated, streamlined, appropriate plan of action. We got the intimate, consolidated process we wanted. Their project management is top-notch; they’re very attentive and great communicators. They met all our requirements and were always well-prepared.” 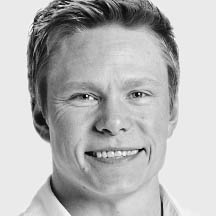 John has been helping clients create and evolve their brands for over 15 years. In addition to his naming and branding work, John’s broad experience in design and advertising has helped him develop a rare facility with both visuals and words which ideally suits him to lead naming and brand creation projects.

Before founding Pollywog, John created strategic communications in virtually every medium from brand identity to packaging, print ads to web sites. John has worked as a consultant, art director and designer for a wide range of agencies including Mithun, Rapp and BBDO. His work has won awards from such institutions as the American Institute of Graphic Arts, How magazine and Print magazine, and his logo work has been published in Print’s Best Logos. 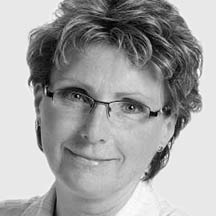 Prior to founding Pollywog, Devon had been an independent consultant and copywriter/associate creative director with some of the world’s leading advertising agencies, including J. Walter Thompson in Los Angeles, and Young & Rubicam, Bozell and Mithun in Chicago.

Over the 25-year course of her career, Devon has worked on many leading brands, including the Walt Disney Company, Paramount Home Video, Coffee-mate, 3M, Southwestern Bell, @Home, Berlitz, Best Buy, Harmon AutoGlass and Mexicana Airlines. Her creative awards include The Show, The One Show, the Art Director’s Club, the Gold Addy, Print’s Regional Design Annual, the International Advertising Festival of New York, and others. Devon holds a Masters of Advertising from the Medill School of Journalism, Northwestern University.