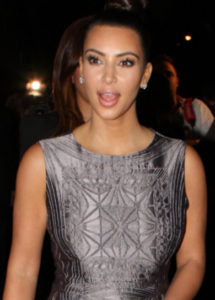 Kim Kardashian is abandoning the controversial name of her new line of shapewear.

The New York Daily News has more on the story here.

As the old saying goes, “The bigger they are, the harder they fall.” A highly visible company will get an earful about a new brand whether it deserves criticism or not. (Witness the kerfuffles when Nintendo’s Wii and Apple’s iPad were introduced.)

But the line in the sand for naming is whether the brand is culturally offensive. Brand names that wander into ethnically or racially sensitive areas can expect to take a drubbing from the public. While Uncle Ben, Aunt Jemima and the Washington Redskins live on as brand names, it’s unlikely they could ever be introduced today. [Update 8/1/2020: All three of the aforementioned brands have or will be changing their name due to public pressure.]