BACKGROUND
To our clients, the event was simply their annual picnic/fundraiser. But it was much more than that.

BRAND STORY
When they described hundreds of smiling, slobbering dogs descending upon a lakeside park in Minnesota, we helped them see what their “picnic” really was — the largest Golden Retriever event in the region. Something this big demanded a name equally enormous and just as much fun.

NAME
It’s a parody of “Godzilla,” of course, the famous monster originally created for a 1950s Japanese horror movie. The richness of this connection led to many opportunities for the client to extend the brand story with vintage visuals featuring giant Golden Retrievers and tiny people.

RESULTS
The first year the event was rebranded as Goldzilla, donations received from the event were more than double the previous year. The second year after rebranding, donations were more than triple pre-rebrand levels. The event itself has grown even beyond its original enormous proportions. It is now the largest Golden Retriever event in the nation. And it just keeps getting bigger.

HOW THE CLIENT CONTINUED THE STORY
The brand was fully realized visually by J. O’Brien Design, whose Goldzilla work included these t-shirt designs.

CLIENT:
Retrieve a Golden of Minnesota 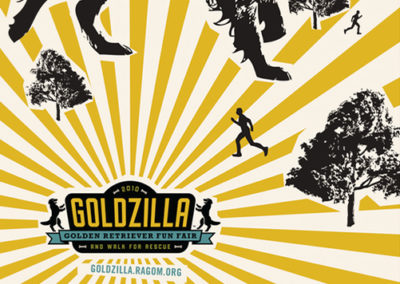 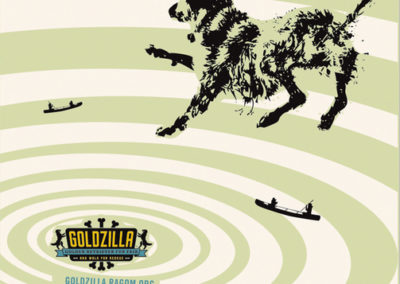 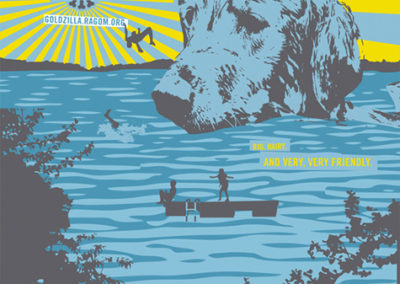